This recipe was a nice surprise. I’ve been trying out new ways to use ingredients we like and have in our pantry.  Recently it has been garbanzo flour. And I turned to Mark Bittman’s How to Cook Everything Vegetarian for some help. He has a recipe for Socca, […]

Chorizo is delicious in many recipes.  It adds a savory, earthy and spicy flavor to many dishes, from soups to appetizers. I recently came across this recipe in a book that I think will become a favorite:  Viva Vegan! by Terry Hope Romero.  This is her recipe for […] 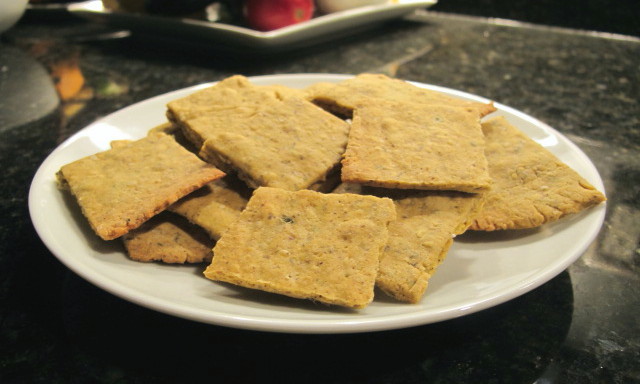 I love garbanzos. Also known as chickpeas, they are delicious in falafel, soups and, of course, the classic hummus. And as a cracker too!  Who knew? This is a basic cracker recipe that can be used with other flours as well.  I used garbanzo/chickpea flour, which is called […]

We came across this recipe while escaping the long, cold Wisconsin winter on a beautiful beach in Mexico last February.  But it wasn’t until we came home that we had a chance to try it.  One taste and we were right back on the beach even though the […]

As I mentioned in an earlier post, we were without a kitchen for a while.  During that time, I had the chance to read through many of the recipes I’ve saved and cookbooks I have used. One of my favorite cookbooks is Mark Bittman’s How to Cook Everything […]

Fajitas aren’t technically Mexican food, but they use many of its ingredients in a delicious way.  The first time I had them was at the local Chili’s when I was in college.  And I loved all the grilled vegetables. This is not a traditional fajita recipe, mainly because […]

I love dried ancho chiles.  They smell like spicy raisins to me.  Sweet, with a little bit of heat.  I call that ¡una combinación deliciosa! Dried chiles are a basic ingredient for most Mexican sauces.  They can be used as a main ingredient for a salsa to drizzle […] 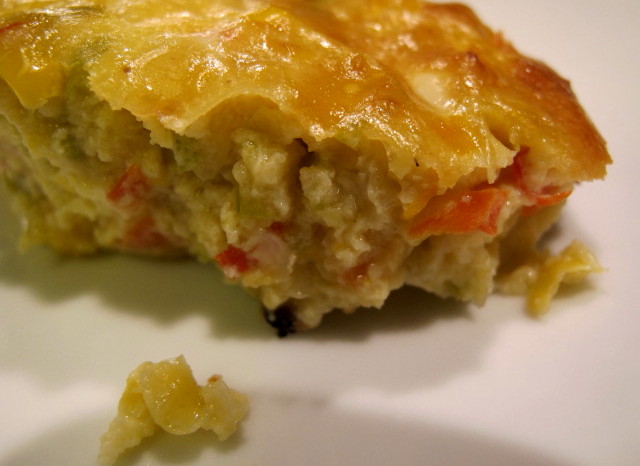 Sadly, we are at the end of the sweet corn harvest here in Wisconsin.  I know we can eat corn throughout the year, whether it is frozen or brought in from elsewhere.  But fresh, locally grown corn is delicious. This recipe is from a cookbook David brought back […] 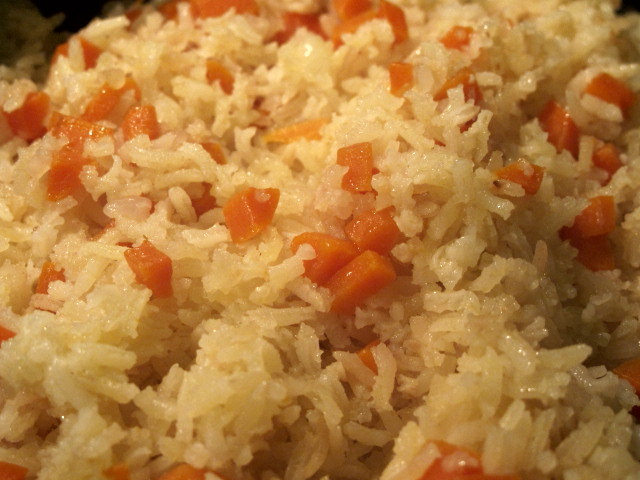 I love rice.  And I like simple.  This one fits both. Many Mexican dishes use rice as a side dish.  I was used to a more traditional tomato-based Mexican rice.  I love that too.  But this rice was a nice surprise. It is a simple recipe that comes […] 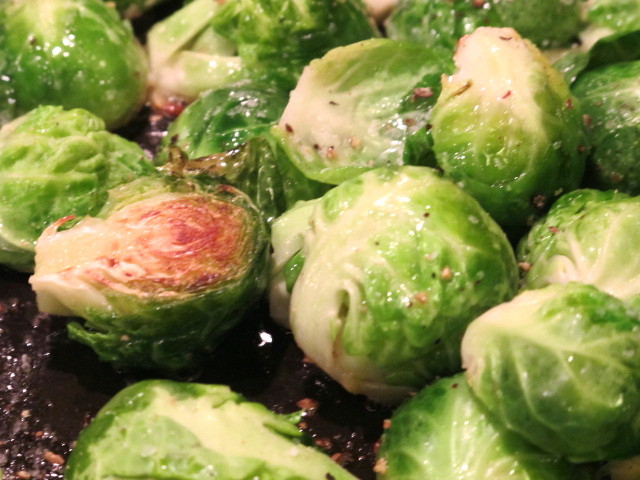 This little cabbage is delicious!  That was an opinion held by only 50% of our household until a year or two ago. After much convincing, we tried this version and we are now at 100%. This is a simple recipe that brings out the nutty, slightly bitter, but […] 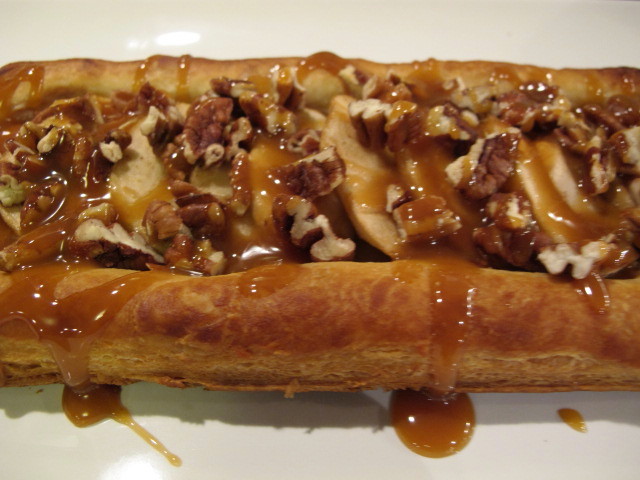 There has been a puff pastry that has been calling my name recently. We just renovated our kitchen, so I was out of baking mode for a while.  Now that we have an oven, I thought I would answer its call with a recipe I saw on Food […]

I think I first came across seitan in my high school cafeteria, which was completely vegetarian (believe it or not).   But it may have been at one of our church potlucks, though I’m sure they didn’t call it seitan. This is definitely not gluten-free.  This is gluten-concentrated.  […]

I’ve eaten a lot of rice in my life.  My mom’s rice, hermana de la iglesia rice (church lady rice at our potlucks), Chinese take-out rice, and a lot of delicious rice in Japan, etc.  But it wasn’t until I moved to the Midwest, that I “discovered” wild […] 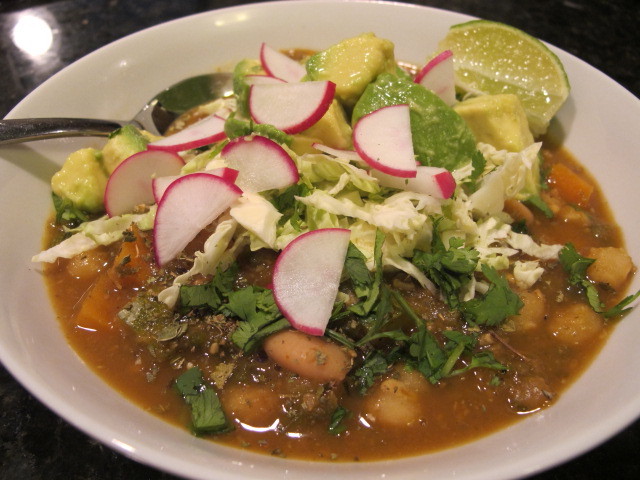 Pozole reminds me of menudo. And not the Ricky Martin version of Menudo.  I still remember the song “Súbete a mi moto,” my sister played constantly back in the early 80s. I’m talking about the deliciously rich and flavorful soup we would have every New Year’s Eve.  Most […] 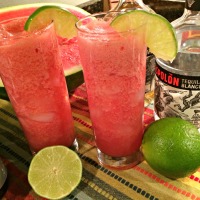 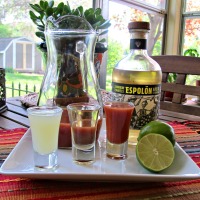 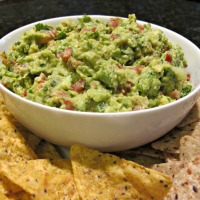 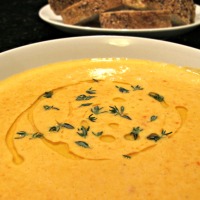 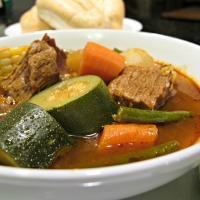 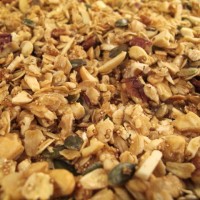 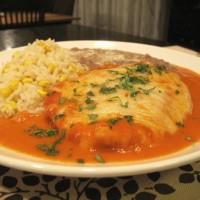 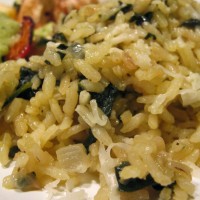 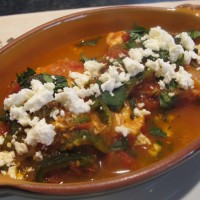 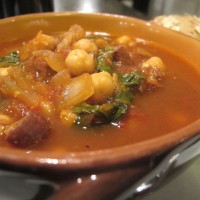